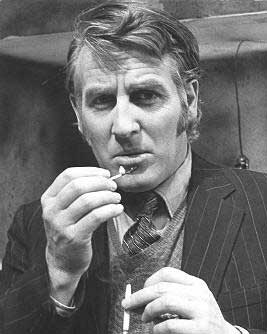 He appeared in countless radio dramas produced at CBC Halifax for the Maritime and National networks; served as adjudicator for the Dominion Drama Festival; established his own production company Portus Productions and was the trail blazer for the High School Drama Festival. David was also a photographer, documenting many Neptune productions thus furnishing the Dalhousie University Archives with a plethora of priceless images.

David and his wife, Karine, created their get away dream house at Chebucto Head, a true solace and a fantasy world for their children and an amazing backdrop to many a lively dinner party.

David was a man of many parts – a true professional, dedicated volunteer and a proud family man. His volunteer accomplishments were daunting, he stood many times for ACTRA Councillor; branch president and National Councillor. The David Renton Achievement Award of Excellence continues to reward such dedication.

I believe that one of his proudest achievements would be the establishment of PAL Halifax. Happily he lived to learn that after tremendous work we had achieved our Charitable Status. The new PAL home in Halifax will create a special place to mark David’s dedication.

There are few days that pass when we don’t utter his name or wish for his wisdom.